What's on your mind?

Alright it has been 3 years and Disney + debuted in November of 2019. The show runners said they would consider an S3 if the ratings were good. But noting has been announced and it seems they have moved on. Anyone agree with this notion 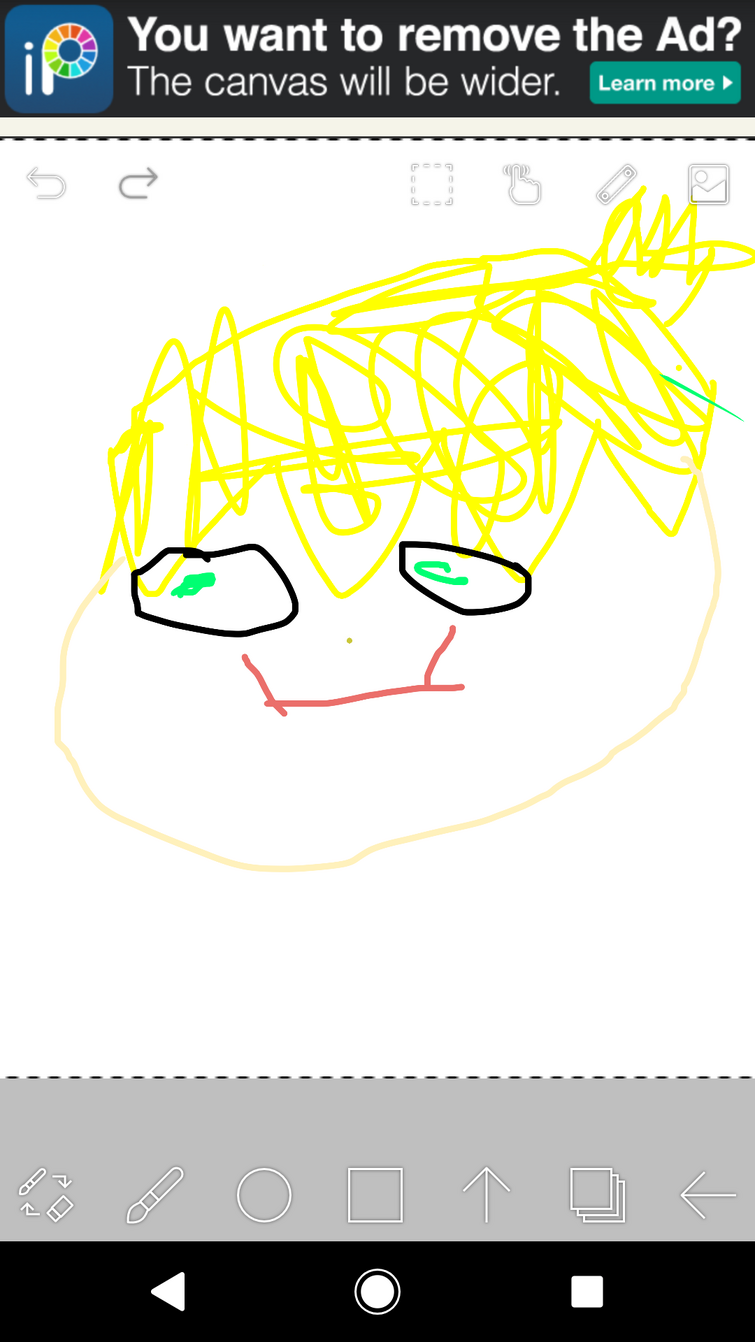 I drew it myself

Good to see you all!

Somebody way screwed up the page on cavendish, adding unnecessary content / vice versa and rude jokes. this needs to be fixed. 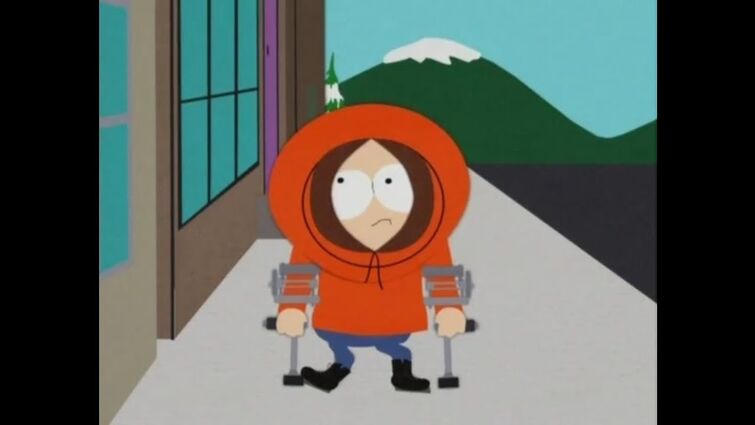 Thanks a lot Tim TimYouTube

I know it's been cancelled, but why is it not being shown at all any more?

So, have any of you watched the new series of the Animaniacs reboot? I haven’t (no Hulu where I’m from), but I found out something crazy about one of the new characters, that simply must be seen to be believed… 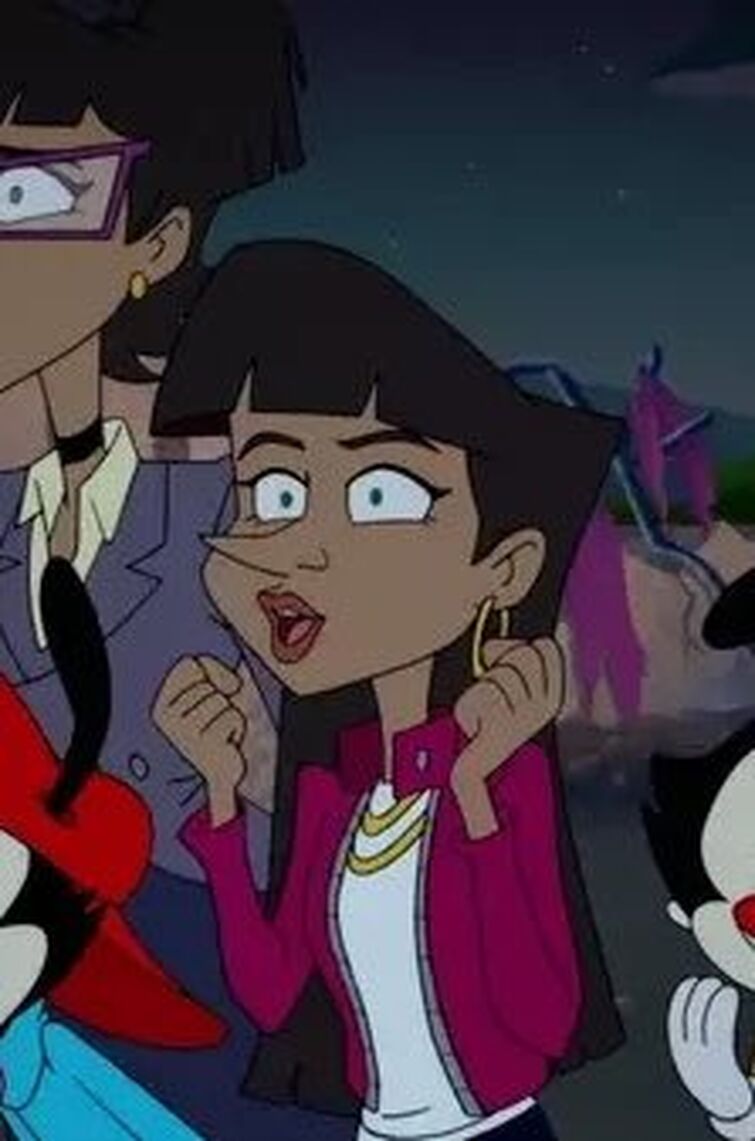 Amanda Lopez, is that really you among the Warners?

Answer to rhetorical question: Nope, her name is Cora, I simply looked it up.

Even weirder, they’re both voiced by Chrissie Fitt!

I guess it really is Milo’s world we’re all living in. (Sorry Yakko.) 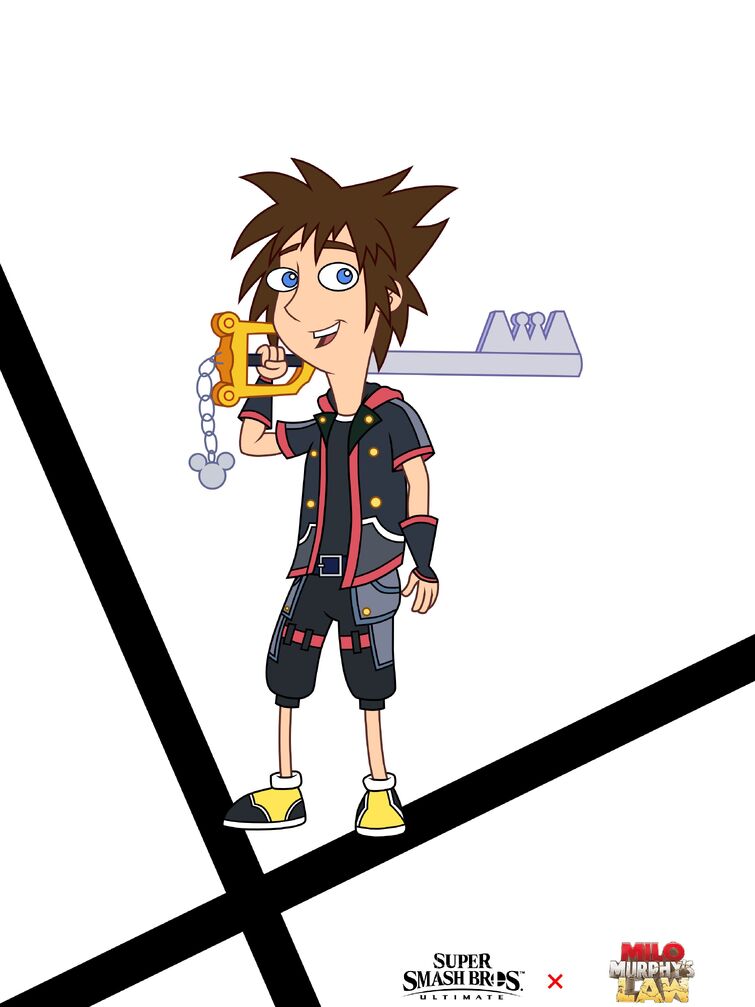 Personally, my favorite episodes are the ones that have to do with the major storylines.

My favorite standalone episodes probably include stuff like Lady Krillers, Freefall, the first few episodes, We're Going to the Zoo, The Llama Incident, The Little Engines that Couldn't, World without Milo, and The Island of Lost Dakotas. 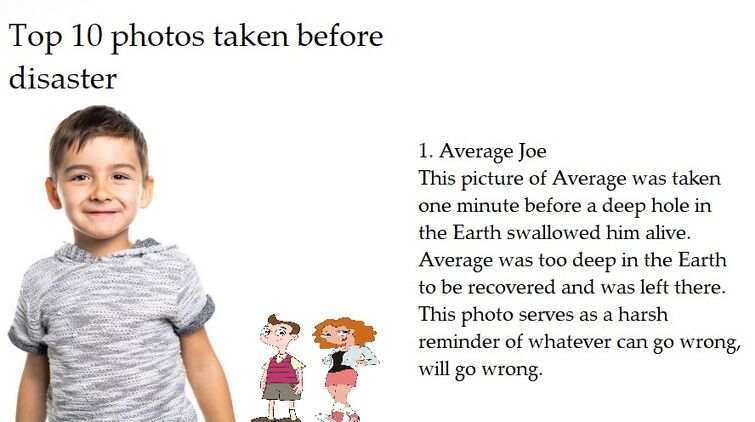 Before I watched the show, I read a book called "Danger is Everywhere" By Docter Noel Zone, actually by David O' Doherty and Chris Judge made in 2014.

This book is a guide written by a paranoid fictional character called Docter Noel Zone. The guide talks about how the Docter (actual spelling in the book) has adventures making mundane safe things safer, and dangerous fictional creatures that pose as mundane objects.

Not only is the theme that "everything is dangerous" exactly the same as the show Milo Murphy's Law, but the fictional author is DOCTER ZONE (a parallel to the Doctor Who reference "Doctor Zone") , and the book talks about how some teachers are vampires that drive segways.

Although these parallels are few, they are either huge parts of the book (the protagonist and main plot) or an extremely specific skit in the book. Milo Murphy's Law is most likely inspired or at least heavily referencing the book, or I suppose have a huge plot/content connection as a coincidence.

I hope this reaches the watchers of the show, because this is huge and I have only seen mentioned by one other individual "PhinFerbFan5" in 2019.

I was just reading some of the transcripts I made long ago. I forgot how funny and witty and enjoyable Milo Murphy's Law is, and the transcripts reminded me of it. The past couple of years have taken me far away from the show, regrettably. It was no help that the show fizzled out around that time, a fate far worse than it deserved.

I have searched in vain for employment, attempted in vain to return to college. Hobbies — first electronics design, then video games — have started to lose their lustre, a symptom of depression. I have run out of medication and am not readily able to replenish it, due to America's dysfunctional healthcare system. Reactionaries worldwide want to drive me from society, just for being a trans woman.

Milo Murphy's Law, small as it is, seems an agreeable and commodious refuge, and indeed one relatable, as whatsoever could go wrong in my life, has gone wrong, and every time I attempt to ameliorate it, my misfortune is compounded. Perhaps I am a patrilineal descendant of the original Murphy, but my calamities are more mundane and less like a disaster movie. It is regrettable that Murphy's law disregards gender identity.

Hello everyone. Today I will talk about the major storylines in Milo Murphy's Law. But first, some of my personal history with the show...

I remember the news that Phineas and Ferb was ending. I never saw the finale, and still haven't to this day. But a while after that, I remember that Dan and Jeff announced a new show.

I remember when the first few episodes came out, and I watched like, the first four. Then I forgot about the show. The show's writing is very bland, and I can completely see why I never continued watching it.

But recently, I was thinking about the Phineas and Milo crossover, and decided to watch it. I was surprised to see that there was actually backstory. I was curious, so I decided to watch all of Season 1.

Milo's adventures aren't that exciting. Unless you enjoy seeing stuff tipping over. But hey, it is Milo's MURPHY'S LAW. Anything that can go wrong will. I guess the writing applies as well. But the show began to get interesting when Cavendish and Dakota noticed Milo was there every time they mess up. I had to fight through Milo Murphy's Bland Adventures just to see the ones I was interested in.

I assumed Season 2 had a major storyline as well, so I watched through that one too. Once again, I had to endure the bland writing just to see specific episodes. Also, Doof isn't as funny as he was in Phineas. He should have been a villain and there should have been a major storyline about it. THAT, I would see. Doof is at his funniest when he has a ridiculous evil plan. But nope, he's just along for the ride with Milo's family. BORING. Like, if you took Ford from Gravity Falls, and showed him living a normal life, it would suck. You would take away everything from him that made him special. It's alright to change a character up to keep them fresh and interesting, but this? Really? If you wanted a story about Doof turning away from his evil ways, I feel there were more entertaining ways to do it.

But yeah, the second storyline was pretty good as well. Once again, not a masterpiece, but it was pretty fun to watch, and it was by far the best part of Season 2. But something I would have done different, and this concerns both storylines...

I would have found a way to make the show focus more around them. Like, how would you like it in Gravity Falls, it was mostly the everyday lives about Dipper and Mabel, and the journals were just a side thing? That would never do. Since Milo is a boring character all on his own, the storylines would make his character more entertaining to watch. In the standalone episodes, it gets boring watching him fight Murphy's Law. But if you throw some high stakes in there, it would make Milo look like someone to respect. If evil aliens invaded Earth and Milo was the only one who could deal with it...THAT would be fun to watch!

If I was the one going along with this, I would also probably order fewer episodes for a season to allow the writers to revolve around the major storyline. Doing this would also make people come back to the show to see what happens. People can only sit back and watch chain-reactions for so long...

However, I would still include stand-alone episodes, but just a few. Milo's adventures were kind of entertaining in the first few episodes. You never know, maybe the concept was just overused, and that's why it got stale.

If Milo does get a Season 3, I hope Dan and Jeff can fix some of the show's bland writing, and develop the characters and world more. More focus on a major storyline would be a bonus.

But yeah, I would love to keep babbling on, but I think I made my point. Thanks for reading. :)

Ok Phineas and Ferb and Milo Murphy's law have to be my favorite Disney shows, and they stopped making Phineas and Ferb, but they still air it because it's awesome, but they don't air this AT ALL anymore?.. What happened?

Since Phineas and Milo are always doing weird things, you would think they would sometimes run into each other. It's like Phineas Flynn once said, "How can we not have met before today?"

Also, how come one side of Danville has weird looking people? Phineas has a triangle head, Candace has a giraffe neck, and Ferb looks like a pencil. But when you get to the other side of town where Milo takes place, everyone looks perfectly normal.

It's like the movie Captain America: The Winter Soldier. Iron Man exists in that world, but for some reason, no one bothered to ask him for help. Same with the movie Spider-Man: Far from Home. If the Elementals were so bad, why didn't they call up Doctor Strange or someone? If the threat was so world ending, they should have gotten literally anyone else but Spider-Man. They had so many options for which superhero they should get, but they chose a teenager who can shoot webs. I see how it is.

But at the end of the day, I'm not really against the decision of Milo taking place in Danville. It's actually kind of funny. Maybe one of Doofenshmirtz's inators malfunctioned and caused physically deformed people on one half of the town. It's not a perfect theory, but hey, it's something.

Thank you for reading. :)

Yes,Yes we want it and we want to sing Zack again!
No, I don't want to disband from JGS

I'm new to the show, by the way. I was always aware of it, but I didn't start following it until recently.

First question: When I was watching the show on Disney+, I notice there's two special episodes after Fungus Among Us. I found this confusing because they don't relate to the cliffhanger or the general storyline at all. One of the first things I thought of was "Were the last three episodes aired out of order?" Does anybody have the answer to this?

Second question: So Fungus Among Us aired in September 2017, but we didn't get to see what happens next until January 2019. First off, that's ridiculous. I enjoyed the storyline, but it's not something I would want to wait over a year to see concluded. Second off, I heard something about Disney keeping the crossover from airing in the US. Why?

The Phineas and Ferb EffectFungus Among Us
Guidelines