Milo, Melissa, and Zack try to finish playing a board game for the first time in Milo's life!

Game Night is the sixth episode of the second season of Milo Murphy's Law.

Milo had never finished a board game in his entire life, so Zack and Melissa convince him to change that. The three are eventually joined by Sara, Neal, Brigette, Martin, and even Cavendish and Dakota.

As Milo, Zack, and Melissa wait for his parents to grill dinner, the three decide to play a board game and finally finish one, since Milo never has. The three play a Lard World themed game, as it has most of its pieces, and search for some dice, finding one them in a game called "No Dice" before they are stolen by Recurring Raccoon. However, Melissa finds some tissues boxes and they use those to start playing along with Diogee. The three are eventually joined by Sara and Neal, the latter of whom helps with placement after the board catches fire. Later, after Cavendish and Dakota use the table the game is on to plug up a deadly vortex, the paranormal cleaners decide to help out.

Brigette and Martin finish grilling, which burns the food, and order pizza. After Veronica delivers the pizza, the game is crushed by a bathtub falling through the ceiling with Doofenshmirtz in it. The ten then create a new game out of all the incomplete games and start playing. When they are a turn away from finishing, the deadly vortex opens up. As they finish, the ten of them get sucked into another dimension and befriend its' inhabitants, the spaghetti people, just like in the game. Milo then wonders how they're going to get home, as the episode ends.

For a full transcript of "Game Night", click here. 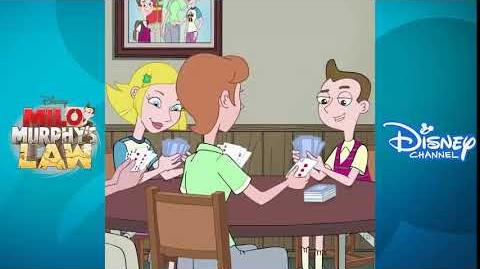 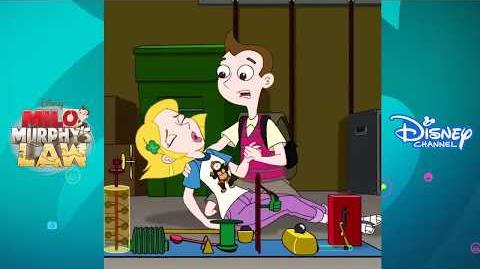