"I Want a Girl with a Suit of Armor"

"I Want a Girl with a Suit of Armor"

I Want A Girl With A Suit Of Armor is a song from the episode "Secrets and Pies". It is performed with a hard rock/bebop style similar to that of "The Ramones". The subject of the song is Veronica.

Play the A - C - A part with full down/up stokes being sure to get the high notes to ring loud ending with a single stroke on the A.
When strumming the no chord part keep your fingers in the A chord position, just barely touching the strings and let the 5th and 7th fret harmonics ring through the string clicks.
Play the D - E part with one down stroke and let it sustain till the next chord change. 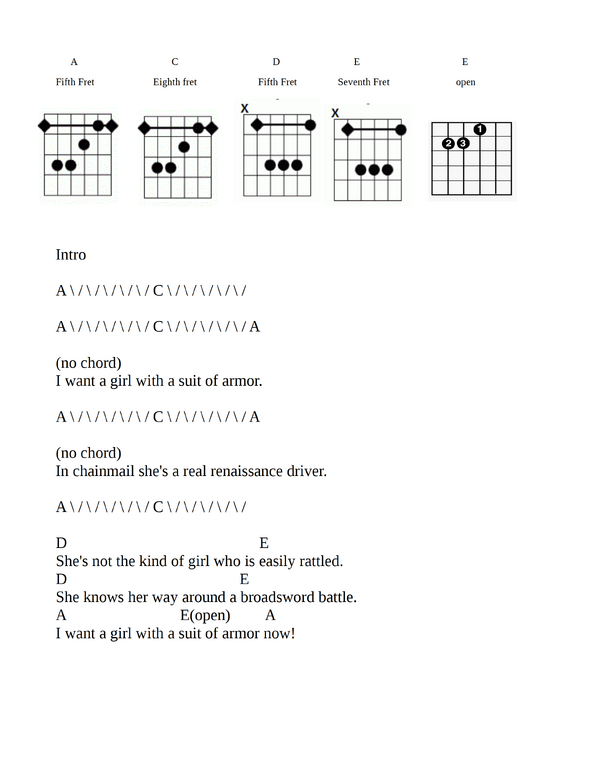 Retrieved from "https://milomurphyslaw.fandom.com/wiki/I_Want_a_Girl_with_a_Suit_of_Armor?oldid=103332"
Community content is available under CC-BY-SA unless otherwise noted.