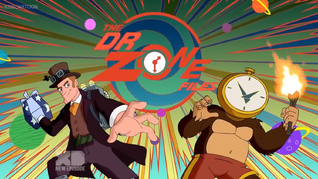 The Dr. Zone Files (full title: The Doctor Zone Files: The Next Regeneration) is the fifth and current iteration of the Dr. Zone franchise. It seems to return to the roots of the franchise after the previous two iterations took place at a university.

The show, created by Orton Mahlson, follows the adventures of Dr. Hankry Zone (Mahlson) and his good friend Time Ape as they travel through space and time in their Time Beehicle. During their travels, they overcome many monsters, such as the dreaded Trashcandroids.