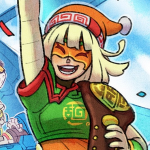 Friends on the Wiki

Because everyone's doing these now, apparently. Here, I'll list each pair of episodes and state which of the two is better.

Titles in bold are the winning titles. Episodes in order of production code. Also keep in mind that losing episodes are NOT bad episodes by default.

Okay, so not all of my stories are MML-related, but some are. That's gotta account for something... right?

They can be found on FanFiction.Net and Archive of Our Own.

Phineas and Ferb in Dimmsdale

Phineas and Ferb and friends spend a week in Dimmsdale, and have adventures with Timmy Turner and friends.

A crossover series between Phineas and Ferb and Fairly OddParents, this is pretty much my biggest fanfic project. Combine all of them and you'll easily get over 100 chapters worth of content.

Series on Archive of Our Own

The Perfectionist and the Jinx

Little first-person perspective oneshots from Amanda's point of view and her experiences with Milo Murphy from the episodes featuring the both of them.

Considering the Milanda development in the show, I'm absolutely banking on that, if Season 3 ever comes, they'll give me enough content for a third story, but as it currently stands, it's just two oneshots.

Series on Archive of Our Own

Retrieved from "https://milomurphyslaw.fandom.com/wiki/User:Arend?oldid=80259"
Community content is available under CC-BY-SA unless otherwise noted.