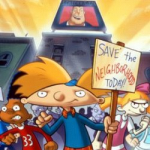 What's up? Name's Michael. I've loved the Dwampyverse since 'Rollercoaster' aired back in 2007 and I was so distraught about the end of Phineas and Ferb that I went into what I like to call my 'Steve McGarrett' mode and launched my own investigation to try and find anything that could bring them back. Serves me right, I guess, because all leads pointed to nowhere.

I've done some stories for MML that can be found on FanFiction.net. Here are some of them:

A Milolissa version of 'Perchance to Sleepwalk'

My newest story - 'How I Met Your Mother' (In Progress)

I also did a story called 'Aftermath of an Anniversary Romp', but since that's a little off the adult scale, I'm not posting the link here. That is being rewritten as 'Murphy's Law of Senior Year'.

'How I Met Your Mother' story arcs

3. A Father's Change of Heart

Oblivious To Love Arc (So Far):

2. A Father's Change of Heart

3. The Milo Who Stole Christmas

4. Luck Of The Irish

My favorite Dwampyverse songs, in no particular order:

Retrieved from "https://milomurphyslaw.fandom.com/wiki/User:GreenHornet?oldid=77287"
Community content is available under CC-BY-SA unless otherwise noted.