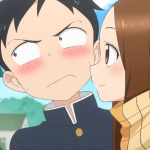 Hi guys. People call me Thanh Tú in Vietnam, but you can call me Tugiacat, for good sake. So why am I even here? One obvious reason: I love Milo Murphy's Law with all my heart. It's from the creator of Phineas and Ferb - the most iconic show of all time, and though I love that show, Milo Murphy's Law is a different case. It's really the first show I actually get to be a fan of its journey, I've got to be in a great fandom, and we have people who shows great opinions and a lot of enthusiasm.

I joined the "FANDOM powered by Wiki" at 2015 I think, and Phineas and Ferb Wiki Vietnamese was the first wiki I got in touch with. Since I worked and built stuff mostly by myself there, I actually gained some weird experience and knowledge about the show. Until August 2016, when the Milo series was announced to air in October 3, 2016, I was so hyped and actually got created another wiki called Milo Murphy's Law Wiki Vietnamese. Since then, I have known a lot of things about both shows, and actually, I don't feel which show is better than another. I love these two shows equally - it both makes my life more colorful. So, if you have any questions about Milo Murphy's Law or Phineas and Ferb or how the wiki system works, (yep, I'm capable of answering this, I got two Vietnamese wikis and some adminstration experiences in my hand, hello) feel free to send me!

Yeah, this is still a "work in progress". I'll put more when I have more time.

Thanks to WaffleTail for the idea of the matchups and Arend for the table.

Episodes in BOLD are the winning titles, but that doesn't mean others are bad by default.

Most of my fanfics are MML-related. And I love playing out different topics, various genres. Hope you can find yourself enjoyable while you're at it!

They can be found on fanfiction.net and Archive of Our Own

This is my fanfic series exclusively in the wiki. It focuses on smaller, minor characters or details in the show that I could think of. Mainly, the two main characters in this fanfic series are Lola Sunderguard and Zane Cartner (the name belongs to me fyi), her best friend and Zack's lookalike (well. like in "The Note")

These are one-shots I have yet finished. The titles could be changed anytime though.

The stories with dates next to it are the ones I have finished and it just needs my free time to come out.

There are musical numbers throughtout the fanfic series. These could be songs from real-life artists or from the cartoon world. These songs are for entertaining, story-fitting purposes or it could just be me being lazy. :)

Because you know, music makes us better, bring us together, and it helps us get back that spirit they stole.

Characters in the AU

Some of these characters are coming from me, while others belong to Dan and Swampy.

Since One-Shot 5: Moving, there is a new secion called "Weekly Proverb", also known as "Today's Proverb." Let's see what we have so far.

Milo goes through many wild adventures with his friends, from a movie presentation to finding the bond between him and the one he loves, but that's not all!

It's like my own Milo Murphy's Law series (based on Season 1 and later Season 2 materials), and it has been my biggest project. So far, there are two stories with 26 chapters!

Many thanks to Arend for the table idea! I really can't make it more nicer to myself.

Retrieved from "https://milomurphyslaw.fandom.com/wiki/User:Tugiacat666?oldid=100732"
Community content is available under CC-BY-SA unless otherwise noted.