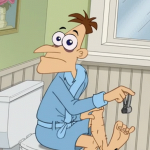 Pictures Of The Month, January

Why is this the weirdest part of MML to me

Dang, I want to know about that dat purple boi's day

Let Me Pour Some Syrup On Who I Am

Let's start this nice and simple. I love the Dwampyverse. Is it as big as the MCU? No. But, it's not supposed to be. It's supposed to be a awesome, (at times) epic, funny, emotional (depending on how deep you get into it), connected universe. I love MML and PnF (MML a little more though).

You may be asking yourself "Why would Waffle have his own user page? What could he possibly have to gain?" Well, let me just answer that question, Nothing much. This is just a place with all the information you would need to know. So feel free to go check out a different page on the wiki. Like...Milo's Backpack? I don't know, that's just what page it brought me to when I hit the Random Page Button. Hope you enjoyed hearing me ramble. (I wonder if anybody caught that I stole that opening from "Rollercoaster" when Doof is trying to monologue?)

Wiki Friends (In No Order)

Since I started this whole Episode Preference thing I would like to present a more formal way of showing it off.

Thanks to Arend for letting me use this chart.

Titles in bold are the winning titles. Episodes in order of production code. Also keep in mind that losing episodes are NOT bad episodes by default.

These are fan fiction stories that I write that take place in a universe that is very similar to the show's universe. These are called WTAD's (WaffleTail's Alternate Dimension).

The stories follow the adventures of Blake, Mckell, Doof, Deborah, and many many many more. Meanwhile, Bradley and Random Guy with Hair try to find a new world of adventure!

WTAD's Soon To Come (In Order)

Characters in the WTAD (Again, Thanks Tugiacat)

List of characters that appear and have roles in WTAD. These characters are both ones that I have originally created or created by Dan Povenmire and Jeff "Swampy" Marsh.

Everything I Can Tell You About Random Guy With Hair

Other Fandoms I Enjoy

I LOVE making character pages! If you ever want me to make one, tell me right away and I'm on it!

This is a list of all of the character pages I created (in this order).

Little Art Pieces I Do 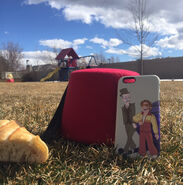 Add a photo to this gallery
Retrieved from "https://milomurphyslaw.fandom.com/wiki/User:WaffleTail260?oldid=79252"
Community content is available under CC-BY-SA unless otherwise noted.