So, let's talk about this episode. Managing Murphy's Law is among four of the episodes revealed back in August/September I was absolutely hyped for, and it delivered quite well!

For your information, the others were Cake 'Splosion (which absolutely delivered), Doof's Day Out (which also delivered), and Milo's Shadow (which was also good).

The Kiss from Amanda

Ladies and gentlemen, they did it. 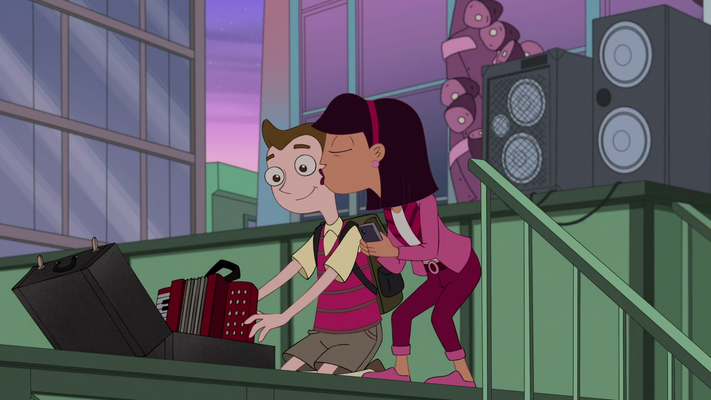 Milanda shippers like me were absolutely crazy over this moment (at least, I was). Yep, it was solid proof that Amanda indeed grew out of her fear for Murphy's Law (or at least shows signs to), and has gotten feelings for Milo in place. And I mean, she had to after Cake 'Splosion. She had to.

But, did you know this moment almost didn't make it in?

According to Joshua Pruett (who wrote this episode), this kiss was written out for agonizing weeks, then it was put back in. Apparently, lots of kisses, hugs and other similar moments get cut out.

Now, this actually got me thinking that it's very possible that this is a sure sign that Milanda is the definite endgame. After all, PnF's Night of the Living Pharmacists had a cut Phinbella scene (probably due to the very Phinbella-heavy Act Your Age also being produced at the time). And, although I have no source on this, I thought I read somewhere that there was going to be a romantic Canderemy scene in The Baljeatles, before it moved to Summer Belongs to You (again, no source, so I could be remembering it wrong).

Whatever the case is, could this moment have (almost) been cut for something later down the Milanda line? Who knows.

The Text to Cavendish

Alright, now here's a funny moment. in MML (as in Managing, not Milo), Amanda frequently texts other people to get stuff for the band (Chad for the instruments, Lydia for the sound, Brigette for the escort to the concert).

And then we find out she even texted Cavendish and Dakota to bring fireworks (as our good ol chap Cav confirms)!

Now, as much I'd like to imagine that Amanda just has about everyone in Danville in her list of contacts (including Phineas and Ferb, natch), a previous moment in an earlier episode actually makes sense in her randomly having Cavendish's number

So, remember in Picture Day, Cavendish bumped into Chad, causing them to receive each other's phone? 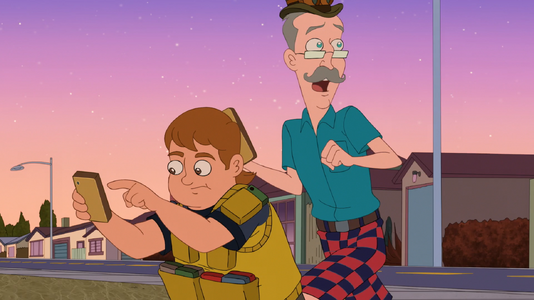 Remember that afterwards, Amanda asked Chad to send her the picture?

See that phone Chad is holding? 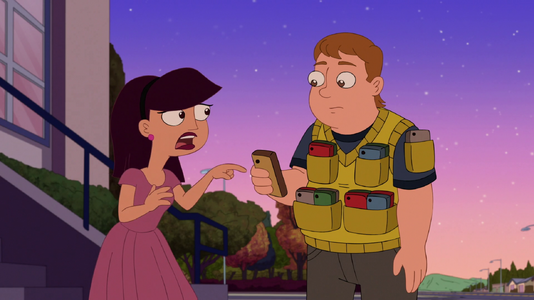 So Chad sends Amanda the picture and that's how she got Cav's phone number. Cav and Chad probably traded the phones back after the episode. So there's a fun bit of fridge brilliance for ya. Of course, I'm not the only one who realized this, so I cannot take credit.

Actually, it makes me wonder if this becomes relevant later. Spoilers for Abducting Murphy's Law (and a bit of Look at this Ship, from what I can make out of as of now) incoming in the Hidden Spoiler tag:

Spoilers under the cut

So in the end of Abducting Murphy's Law, Cavendish goes rogue and leaves Dakota, having enough of being stuck on the bottom of the social hierarchy and wanting to be recognized as a hero. In Look at this Ship, we see he still carries a phone around.

And that makes me wonder: does he still have Amanda's phone number, or vice verse? Will Amanda have some significance in locating Cavendish? Will we see interactions between Amanda and Cavendish? Or am I looking too deep into things and this will have no relevance to Cavendish's arc at all?

The Removal of Candace

So a while ago, Mitchell Musso posted on Instagram the cast list for this episode, and if you look closely, you'll notice the name of a certain, long-necked teenager among the other names (as well as Lieutenant Tennant, one of the Government Agents). Someone on twitter asked if she were cut, and Joshua confirmed. Apparently, she would've picked up Jeremy to go... um, "doctor zone and chill", a reference to "netflix and chill", which ummmm, is actually a metaphor. For something.

Let's leave it at that.

Retrieved from "https://milomurphyslaw.fandom.com/wiki/User_blog:Arend/Tidbits_and_theories_about_Managing_Murphy%27s_Law?oldid=53158"
Community content is available under CC-BY-SA unless otherwise noted.